California Moves Closer to Creating an Office of Outdoor Recreation

“California is the jewel,” says Matt Lyon, founder and president at HydraPak and board chair of the California Outdoor Recreation Partnership (CORP), a newly formed organization that advocates on behalf of the outdoor recreation industry in the Golden State.

On February 25, CORP organized a lobby day in California’s capitol, bringing 30 representatives from the state’s outdoor industry and partnering organizations together to speak with state legislators about recreation’s impact on the state.

And their biggest ask? Creating an office of outdoor recreation in the state of California.

Because despite California’s staggering impact on the national outdoor recreation economy (it is responsible for $92 billion in consumer spending on outdoor experiences each year, more than any other state in the country), it still hasn’t established an office with the sole purpose of supporting outdoor recreation, like 12 other states have done.

It’s a state with a diverse set of challenges, from natural resource management to participation issues (only 56 percent of Californians report that they get outside [meaningfully] on a yearly basis, and access to the outdoors remains a challenge–especially in high-need, population-dense urban communities). And there’s a huge need in California for collaboration between public and private sectors, urban and rural communities and so many other areas of overlap–a need that an office of outdoor recreation could address.

In so many ways, California is “on the cutting edge,” says Lyon. “And as we start to organize as a group and impact some of these areas, an office of outdoor recreation would be a great way to rally our government resources and combine them with our private industry resources.” When combined, those resources could effectively influence or create policies to retain and recruit outdoor businesses and jobs in the state, ensure equitable access to the outdoors for all residents of California and expand the personal and social benefits of outdoor recreation, according to Lyon.

California’s outdoor industry leaders aren’t the only voices standing up in support of an office of outdoor recreation. The California Outdoor Engagement Coalition (COEC) has partnered with CORP and Outdoor Industry Association to see this office come to fruition to further the goal of equitable access to the outdoors.

“Our vision is to have all Californians outdoors. We focus our work specifically on underrepresented groups,” says COEC’s Executive Director Jenny Mulholland-Beahrs. “We work to expand this equitable access through cross-sector partnerships and collective impact. It’s really our belief that we can’t go about this alone; these problems are too complex and too entrenched in our society to be trying to tackle them in our own separate silos.”

States with well-established offices of outdoor recreation, such as Utah and Colorado, report 72 percent and 71 percent participation rates, respectively. And while those states don’t have the same specific challenges as California, an office of outdoor recreation would be a step in the right direction, according to organizations like the California Outdoor Engagement Coalition and others who work to get more Californians access to open spaces.

“We know nationally and certainly in California that the recreation economy is not distributed evenly across the state,” says OIA State and Local Policy Director David Weinstein. “An office of outdoor recreation will help guide state government on how to diversify that portfolio across the state, so that both industry participation and the economic benefit that comes from getting outdoors is not just concentrated in certain geographies.”

And a California outdoor recreation office would potentially create more opportunities like those included in Prop 68, a $4.1 billion parks and water bond that passed last year and focuses significant funding on California’s park-poor neighborhoods.

“I am really excited about this outdoor office because I think at its essence is a focus on this idea of breaking down silos and bringing together multi-sector partnerships,” says Mulholland-Beahrs. “It’s about having one cohesive place within the California government that would bring together these entities that care about outdoor recreation and access to our public lands and our waters throughout California.”

Read about the successful Proposition 68 effort last year in California

Other supporting partners include the Sierra Business Council, a triple-bottom-line organization that works on behalf of the economy, the communities, and the environment in the resource-rich Sierra region, which sees upward of 50 million recreational visits each year.

“Outdoor recreation is a huge component of our economy in the Sierra Nevada region,” says Sierra Business Council’s Government Affairs Director Chris Mertens. “We see an office of outdoor recreation—from a business perspective—as being really important to help some of these smaller, locally owned businesses identify what trends are happening, both statewide and nationally, on outdoor recreation. Hopefully the office can help provide some tools that help those small businesses develop business models that help them succeed.”

This isn’t the first time California has tried for an office of outdoor recreation. Last year, a bill to establish one passed both the House and Senate before being vetoed by outgoing Governor Jerry Brown. This year, AB1111, which would formally establish an Office of Outdoor Recreation, has a new author, Assemblymember Laura Friedman. Where the office would be housed is still to be determined, but top contenders include the offices of natural resources, economic development and tourism.

This year, there’s a new administration led by Governor Gavin Newsom, and according to California legislators, the effort to establish an outdoor recreation office remains salient in the assembly. Still, this year’s effort will build on the lessons learned in 2018.

“We’re…looking to expand the coalition, so we’re including more experts that live in the diversity, equity and inclusion world, making sure that this office will also focus on ensuring that underserved kids are able to have repeat experiences in the outdoors. There are a lot of legislators with whom that resonates,” said Weinstein.

There are many organizations interested in finding common ground and opportunities to collaborate on outdoor access, natural resource management and recreation issues. CORP, the California Outdoor Engagement Coalition and Sierra Business Council are just a few voices that are rallying together in support of an office of outdoor recreation and the opportunities for collaboration that its passage will herald for California.

“We believe we will see success in 2019,” says Weinstein, “if we do a better job communicating to the new administration and various stakeholders why the office is important and whom it will benefit. An office of outdoor recreation will bolster the state’s recreation economy, work toward equitable access and infrastructure for outdoor recreation for all citizens and visitors and highlight and leverage the myriad benefits that result from getting outdoors.” 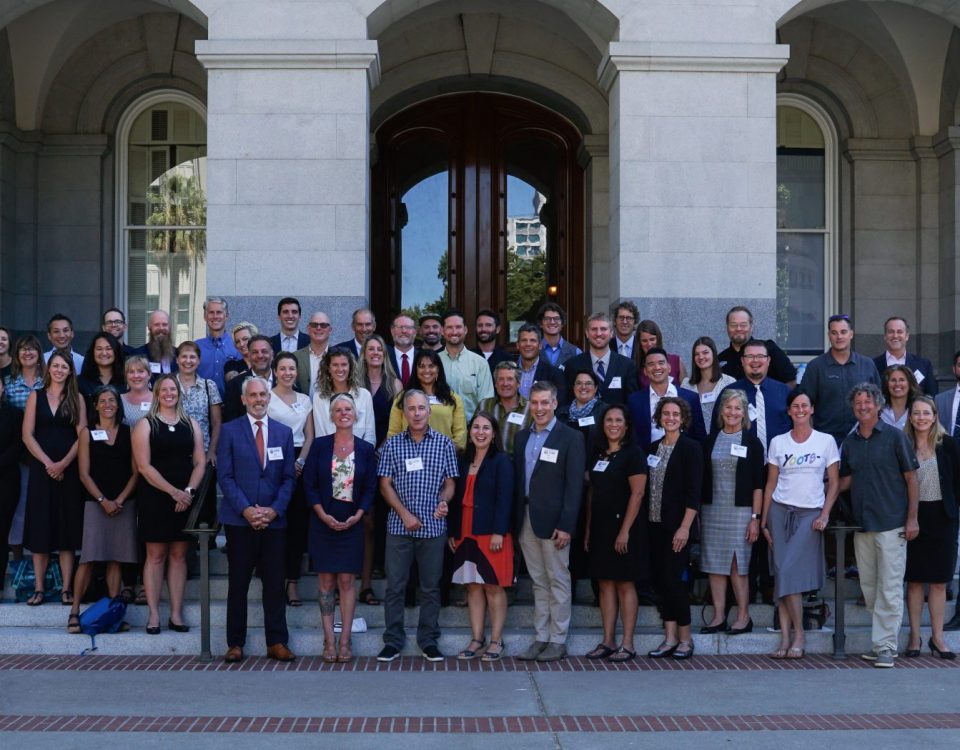